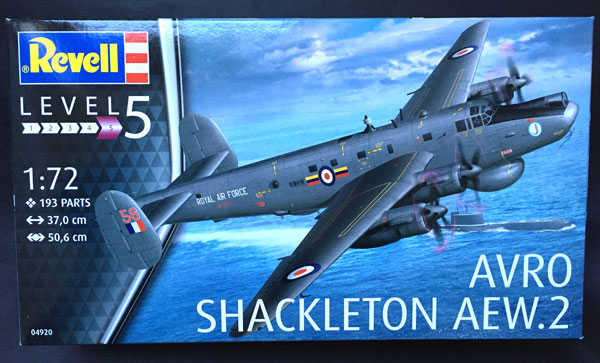 The Avro Shackleton was a British long-range maritime patrol aircraft used by the Royal Air Force (RAF) and the South African Air Force (SAAF). It was developed by Avro from the Avro Lincoln bomber, itself being a development of the famous wartime Avro Lancaster bomber. It was replaced by Nimrod maritime patrol aircraft in the 1970s. The aircraft was also adapted for airborne early warning (AEW) roles within the RAF, replaced by the Boeing E-3 Sentry in 1990. The type is named after the polar explorer Sir Ernest Shackleton.

Entering service with the RAF in 1951, the Shackleton was used primarily in the anti-submarine warfare (ASW) and maritime patrol aircraft (MPA) roles; it also became used as a search and rescue (SAR) platform and for performing several other secondary roles such as being a troop-transport. In later life, a small number of the RAF’s Shackletons were subse-quently adapted for airborne early warning (AEW) duties, performing in this capacity until the type’s retirement in 1991. The Shackleton was also procured by South Africa, and was operated by the SAAF between 1957 and 1984.

The Shackleton was a purpose-built aircraft for the maritime patrol role; however, the lega-cy of Avro’s preceding aircraft is present in many aspects of the overall design. The centre section of the Shackleton’s wing originates from the Lincoln, while the outer wing and un-dercarriage were sourced from the Tudor outer wings; at one stage during development, the tail plane had closely resembled the Lincoln’s, but were enlarged and changed soon af-ter. An entirely new fuselage was adopted, being wider and deeper to provide a large space in which to accommodate the crew, their equipment, and a large bomb-bay. Later variants of the Shackleton were substantially redesigned, adopting a new nose-wheel undercarriage, redesigned wings and centre-section, and a larger fuel capacity for more range.

The Merlin engines were replaced with the larger, more powerful and slower-revving Rolls-Royce Griffons with 13 ft (4 m)-diameter contra-rotating propellers. This engine’s distinctive noise often caused pilots to develop high-tone deafness. Use of the Griffon was necessitat-ed by the Shackleton weighing more than the preceding Lincoln, and suffering from greater drag. The Griffon provided equivalent power to the Merlins but at lower engine speed, which led to greater fuel efficiency in the dense air encountered at a low altitude; the Shackleton would often loiter for several hours at roughly 500 feet or lower when hunting submarines. This also made for less engine stress and hence greater reliability. Using con-ventional propellers would have needed an increase in propeller diameter to absorb the en-gine’s power and torque, this was not possible due to space limitations imposed by the un-dercarriage length and engine nacelle positioning; the contra-rotating propellers gave greater blade area within the same propeller diameter 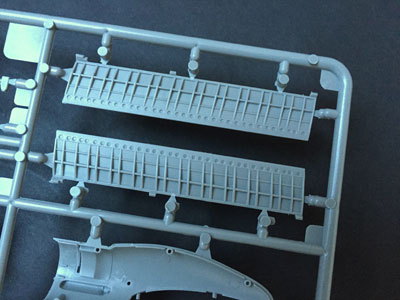 This is a new-tool Revell kit and comes hot on the heels of the recently released Airfix Shack-leton MR2 release that has received mostly high praise from across the modelling world. It’s easy to sometimes get carries away with all the hype on some models and I strongly rec-ommend that you take a good look at this Revell Avro Shackleton, especially if you want to build the later AEW.2 version. 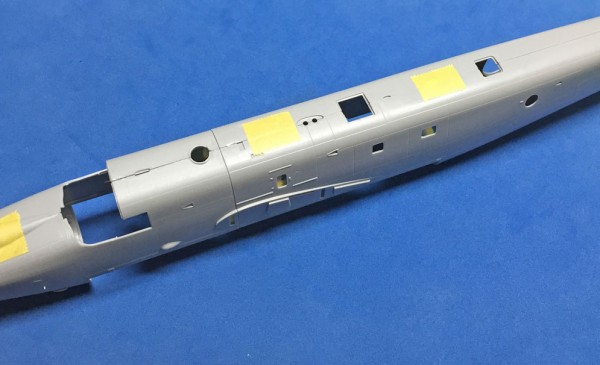 There are some good images of Revell’s completed model on their Revell website.

The grey sprues (including the clear one) look and feel good quality with all parts clean and well-defined.

The Revell box artwork is usually impressive enough and that’s the case here – an image of an Avro Shackleton out on maritime patrol – it’s home for hours on end.