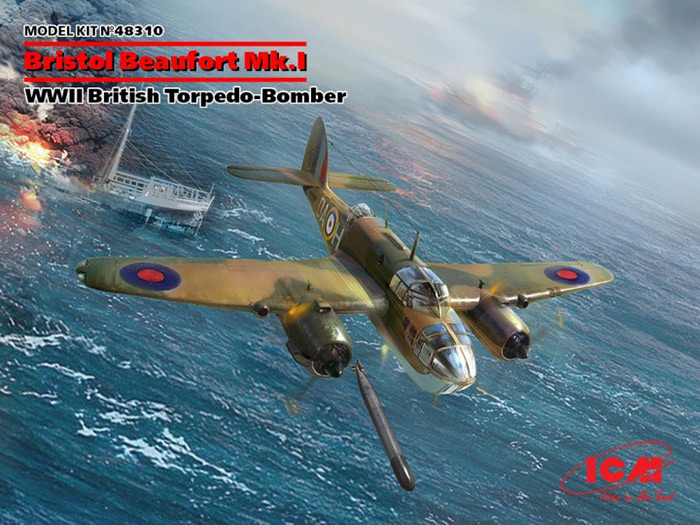 The Ukrainian manufacturer ICM’s new Bristol Beaufort kit has been anticipated for some time. Given the current awful situation in Ukraine, I was both surprised and extremely pleased to see it finally arrive.

This is quite a complex kit with no less than 79 steps in the instruction booklet!

The main parts of the kit are on seven sprues in medium grey plastic. There are finely recessed panel lines on the outer surfaces. I had some issues with one of ICM’s He111 kits in the past in that the fuselage halves were rather warped (maybe just an issue with my kit) but there do not seem to be any such issues here.

There is no rivet detail on the outer surfaces and while some modellers will be very happy with this, those that are not could always add it for themselves. 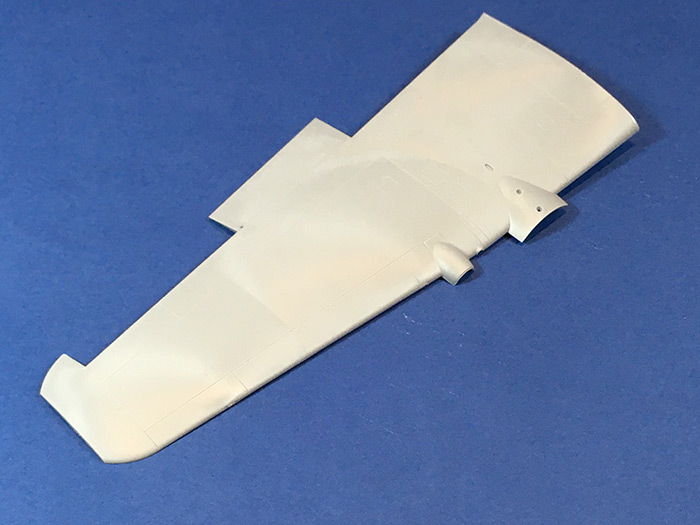 The sprue gates are small which is good, but I thought that the kit plastic was rather hard and so care will be needed when separating the parts from the sprues so that they are not damaged.

There is sharp detail on the fuselage interior with a representation of the internal structure. 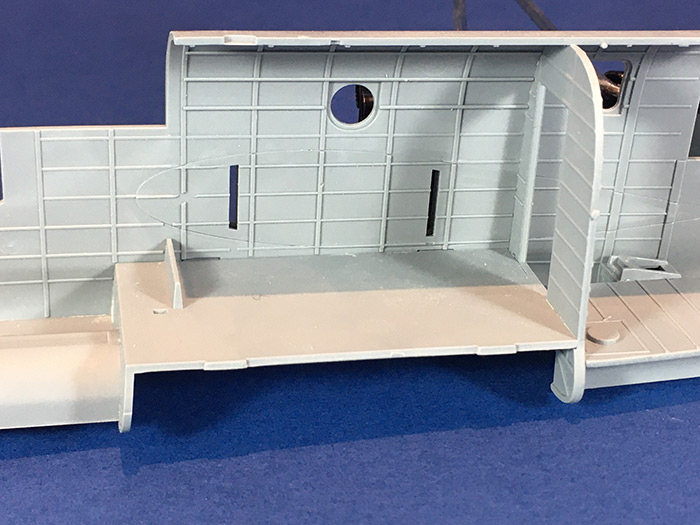 The fuselage interior will benefit from careful painting and perhaps some shading and dry-brushing to bring out the detail.

There are a few ejector pin marks on the inside surfaces which may be visible on the completed model. These may be made more obvious by any washes and highlighting so modellers may wish to deal with these beforehand. They may be difficult to fill and sand due to their location, but they could probably be covered over easily with thin card or foil.

NOTE: There is a feature in the Techniques Bank area of Scale Modelling Now showing how to do this.
Getting rid of mould ejector pin and sink marks 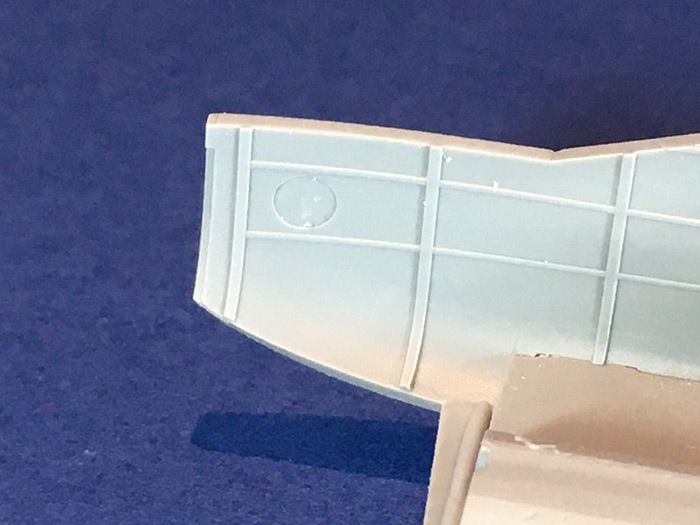 There is also rib detail in the tailwheel well which I think is a nice touch. 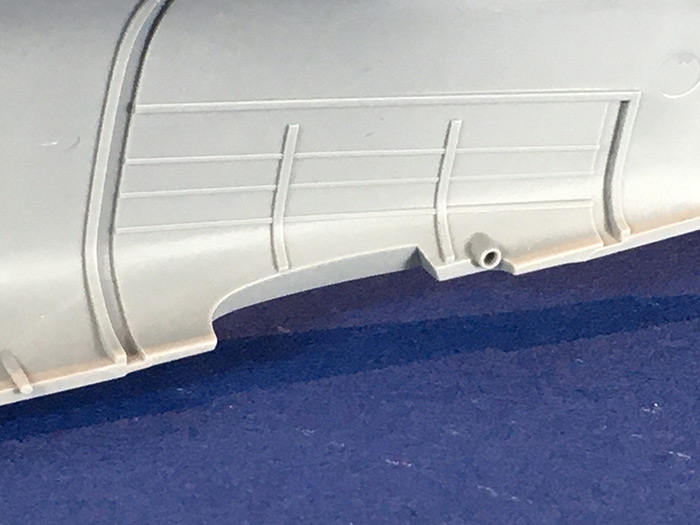 I have yet to assemble the kit so I can’t comment on how well the parts fit together. However, a test fit of some of the interior parts show that here at least the fit is good. 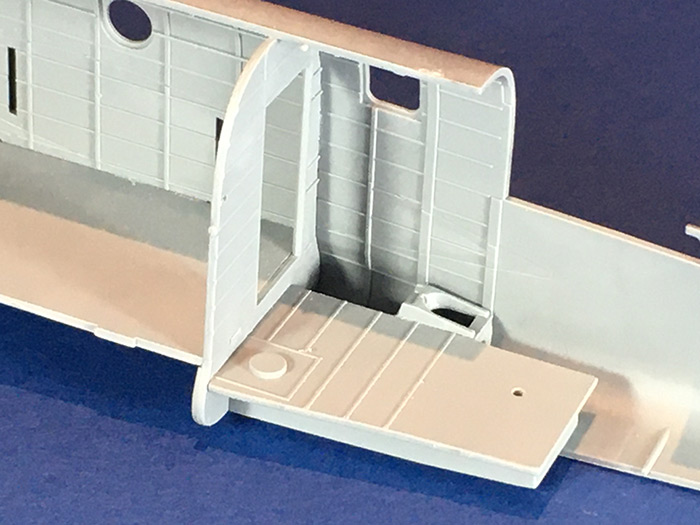 The Beaufort was used mainly to deliver torpedoes (a term that rather implies that the people on the receiving end had actually asked for them). It was originally intended that these would be fully enclosed within the fuselage. However, design changes due to problems with the way the torpedoes ran once they hit the water meant that they had to be fitted with large fins. This in turn meant that they would no longer fit inside the aircraft as intended and had to be carried partially exposed with the bay doors open. The torpedo bay looks well equipped in the kit with a great deal of detail provided.

There are separate sets of doors in the kit for both the open and closed configurations.

The roof of the torpedo bay is shown in the photo below. 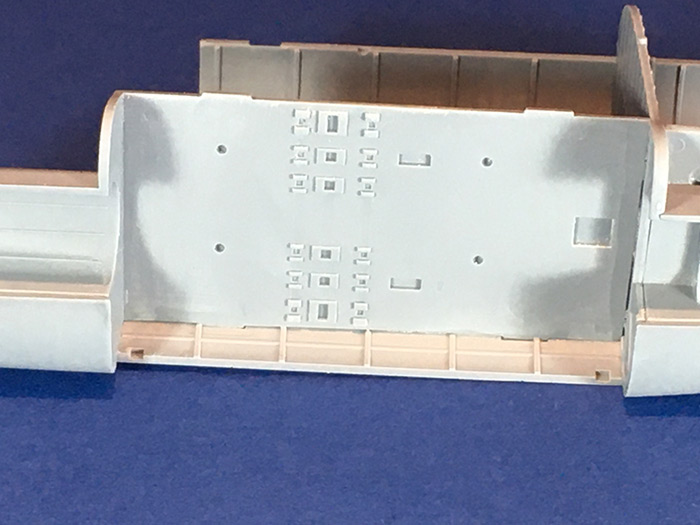 There is a torpedo supplied in the kit and this may be mounted either in the torpedo bay or on a small trolley which is also suppled in the kit. The torpedo is now also available separately from ICM. 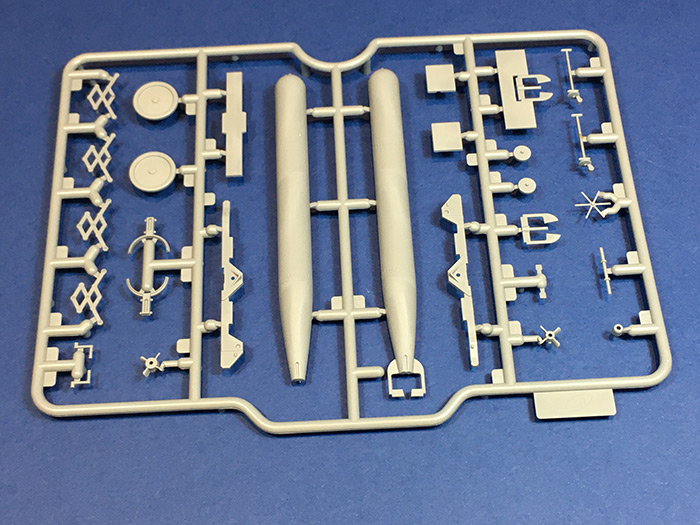 The smaller parts seem well done. Examples being the guns and one of the wheel halves shown in the photos below. The guns look delicate and though the sprue gates are not particularly large they will need to be removed carefully (perhaps by cutting some way from the part with a sharp scalpel) before the excess sprue and mould lines are cleaned up. 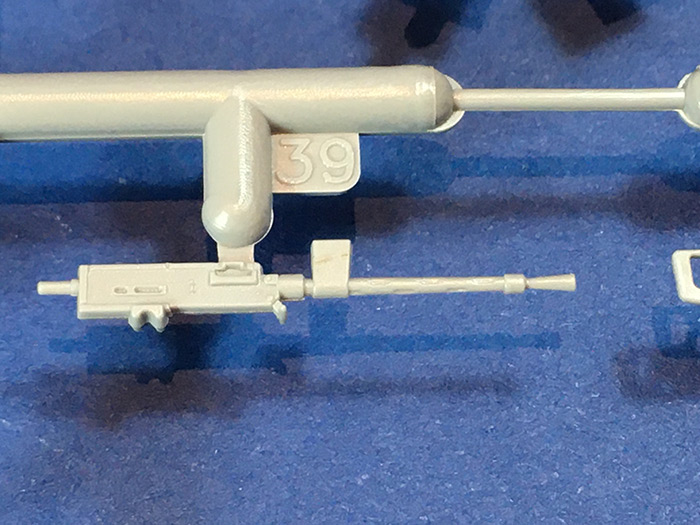 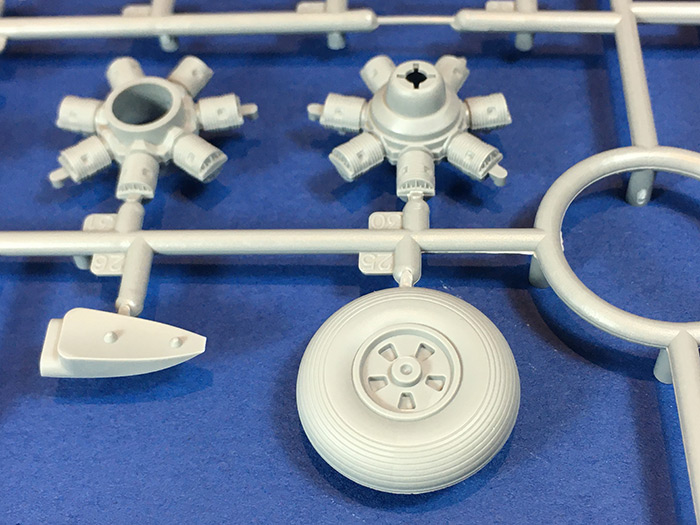 The instrument panels have a mixture of both recessed detail for the instrument dials and raised detail which I suppose represents controls of some sort. There are transfers supplied for the recessed dials which the modeller may wish to punch out with a punch and die set before application. I believe that a 3D colour printed instrument panel is already available from Kits World for those interested in adding extra detail. 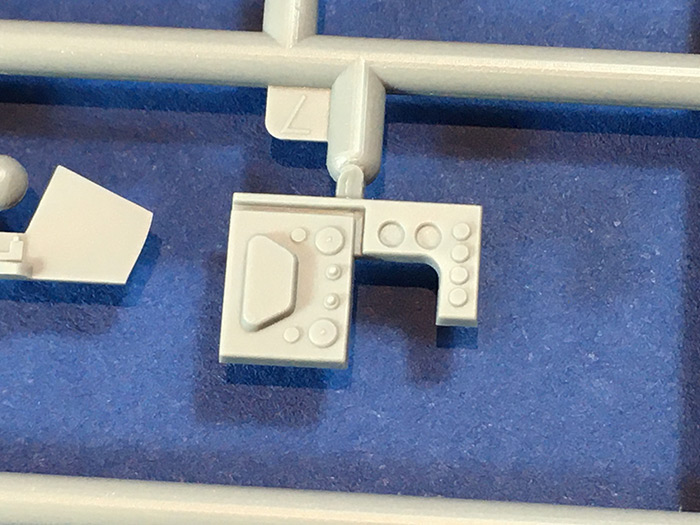 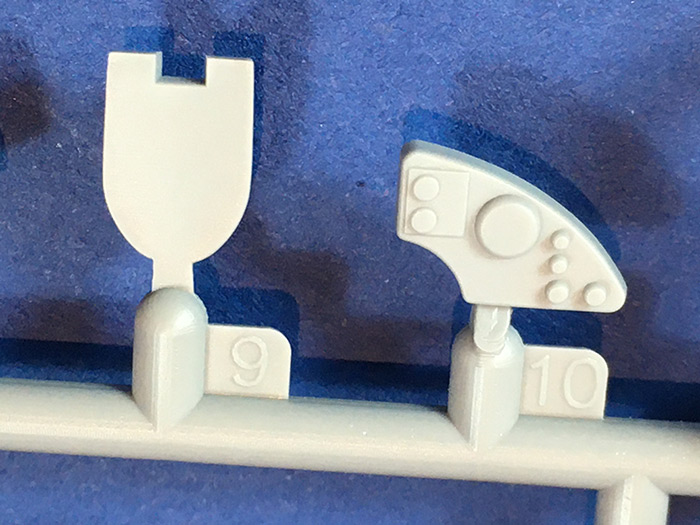 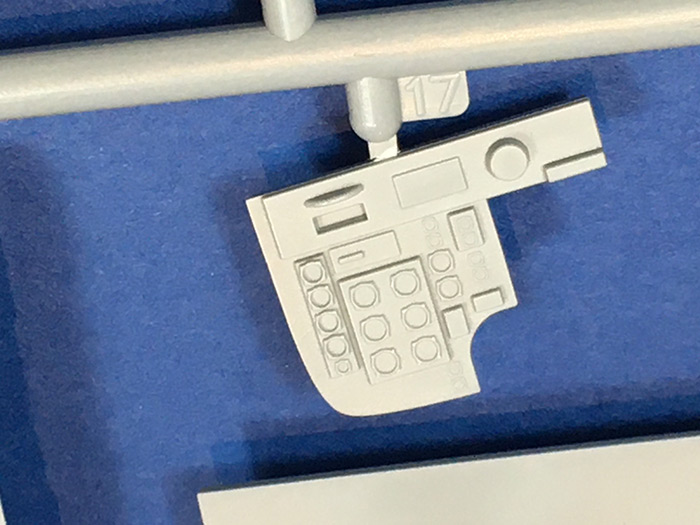