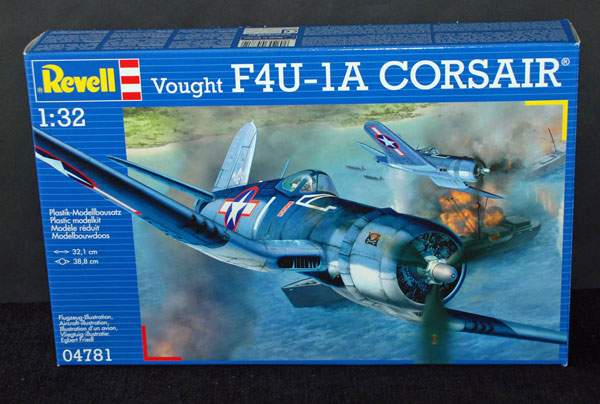 The Chance Vought F4U Corsair was an American fighter aircraft that saw service primarily in World War II and the Korean War. Demand for the aircraft soon overwhelmed Vought’s manufacturing capability, resulting in production by Goodyear and Brewster: Goodyear-built Corsairs were designated FG and Brewster-built aircraft F3A. From the first prototype delivery to the U.S. Navy in 1940, to final delivery in 1953 to the French, 12,571 F4U Corsairs were manufactured by Vought, in 16 separate models, in the longest production run of any piston-engined fighter in U.S. history (1942–53).

The Corsair was designed as a carrier-based aircraft. However its difficult carrier landing performance rendered the Corsair unsuitable for Navy use until the carrier landing issues were overcome when used by the British Fleet Air Arm. The Corsair thus came to and retained prominence in its area of greatest deployment: land based use by the U.S. Marines. The role of the dominant U.S. carrier based fighter in the second part of the war was thus filled by the Grumman F6F Hellcat, powered by the same Double Wasp engine first flown on the Corsair’s first prototype in 1940. The Corsair served to a lesser degree in the U.S. Navy. As well as the U.S. and British use the Corsair was also used by the Royal New Zealand Air Force, the French Navy Aéronavale and other, smaller, air forces until the 1960s. Some Japanese pilots regarded it as the most formidable American fighter of World War II, and the U.S. Navy counted an 11:1 kill ratio with the F4U Corsair.

After the carrier landing issues had been tackled it quickly became the most capable carrier-based fighter-bomber of World War II. The Corsair served almost exclusively as a fighter-bomber throughout the Korean War and during the French colonial wars in Indochina and Algeria.

The designation F4U-1A does not appear in lists of Corsair Bureau Numbers and was not officially used, being applied post-war to differentiate mid-to-late production F4U-1s from the early production variant. Mid-to-late production Corsairs incorporated a new, taller and wider clear-view canopy with only two frames, along with a simplified clear view windscreen; the new canopy design meant that the Plexiglas rear-view windows could be omitted. The pilot’s seat was raised 7 in (180 mm) which, combined with the new canopy and a lengthened tail wheel strut, allowed the pilot better visibility over the long nose. In addition to these changes the clear view panels under the cockpit were also omitted. These Corsairs introduced a 6 in (150 mm)-long stall strip just outboard of the gun ports on the starboard wing leading edge and improved undercarriage oleo struts which eliminated bouncing on landing, making these the first “carrier capable” F4Us. F4U-1s supplied to the USMC lacked arrester hooks and had a pneumatic tail wheel, instead of the smaller diameter solid rubber type used for carrier operations. Additionally, an experimental R-2800-8W engine with water injection was fitted on one of the late F4U-1As. After satisfactory results, many F4U-1As were fitted with the new powerplant. The aircraft carried 237 gal (897 l) in the main fuel tank, located in front of the cockpit, as well as an unarmoured, non-self-sealing 62 gal (235 l) fuel tank in each wing. This version of the Corsair was the first to be able to carry a drop tank under the centre-section. With drop tanks fitted, the fighter had a maximum ferry range of just over 1,500 mi (2,400 km).

A land-based version, without the folding wing capability, was built by Goodyear as the FG-1A. In British service, the aircraft type was modified with “clipped” wings (8 in (200 mm) was cut off each wingtip) for use on British aircraft carriers, under the designation Corsair Mk II.

Don’t forget that you have a walkaround set of photos in your SMN Photo Reference Library here on this page. 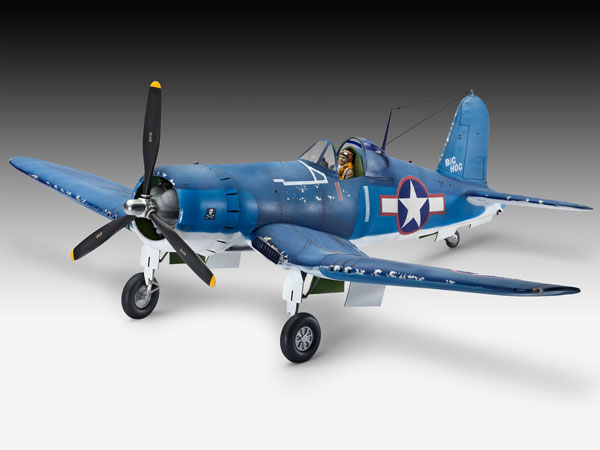 Stunning box art! It’s good to see this one back having been originally released many years ago. I always remember a very nice model of this kit made by Pete Stern from Barnet IPMS (UK) and it showed just what is possible using good painting and dry-brushing the raised surface detail. Additionally, take a look at the photos of the manufacturer’s model and you’ll see that a decent enough job can be done from the box, although personally, I would be looking for some update sets like wheels and cockpit. That’s personal taste of course and pretty much everything else could be used from the box and you’d still end up with a kit well under half the price of the big and stunning Tamiya model in the same scale.

The moulds look to have stood up quite well and most parts are cleanly moulded but there’s a lot of excess flash plastic here and there. The panel lines are raised, but if you want to you can always re-scribe them – easy in this scale and plenty of help in your Techniques Bank.

In my view this was always a fair model and representation on the type – certainly a bit on the basic side, especially in the cockpit but you can add as much detail here as you like, especially given the low price of the basic kit. The fit of parts was good from my recollection.

So, what do you think? Well, overall what’s inside is ok, especially given the relatively low price of the package. The engine looks to be about the best part of the package in terms of detail, although the cylinder heads are showing their age with softer detail than you’d want. Raised detail is there for the cockpit but it’s simplified and bears only a passing resemblance to the original. You get a choice of decals for the main instrument panel. 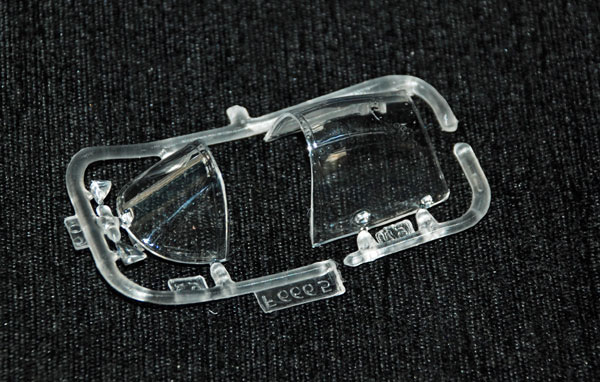 These are in classic Revell style with 17 exploded stages. 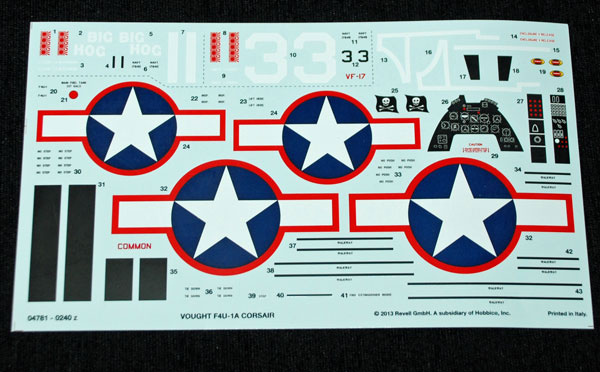 Decal quality is pretty good, the colours are solid with decent opacity; the red looks to be an accurate tone and markings are in register. No need to go to for aftermarket supplies here.

From what I can see the shape certainly looks fine from most of the angles I have tried. After a dry-fit and taping this is unmistakably an F4U Corsair.

Well I hope that this Here Now in-box review says enough for you to make your buying decision. The package is worth the money in my opinion and there is going to be a lot of modelling fun and pleasure for your money, especially if you can get hold of a couple of add-ons like a resin cockpit and some replacement wheels.