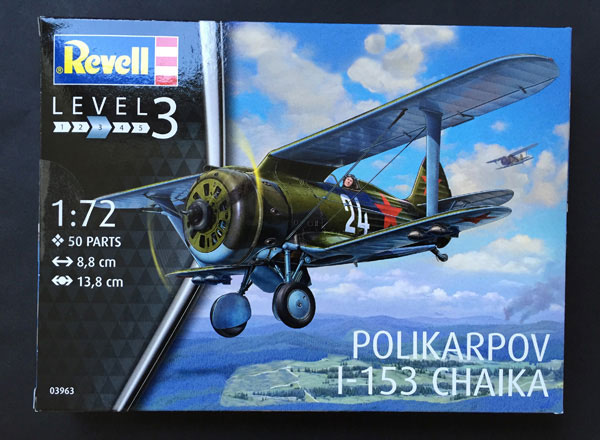 The Russian Polikarpov I-153 Chaika (Russian Чайка, “Seagull”) was a late 1930s Soviet bi-plane fighter. Developed as an advanced version of the I-15 with a retractable undercar-riage, the I-153 fought in the Soviet-Japanese combats in Mongolia and was one of the Sovi-ets’ major fighter types in the early years of the Second World War. Several I-153s are still flying.

The aircraft was of mixed metal and wood construction, with the fuselage structure being based on chromium-molybdenum steel with duralumin skinning on the forward fuselage, and fabric covering on the fuselage aft of the front of the cockpit. The aircraft’s wings were made of fabric covered wood, while the tail surfaces were of fabric covered duralumin. The aircraft was fitted with a tailwheel undercarriage, with the main wheels retracting rear-wards, rotating through 90 degrees to lie flat in the wing roots, being actuated by cables operated by a pilot-driven hand wheel. The solid rubber tailwheel did not retract, but moved in conjunction with the rudder.

The M-62 was not ready by the time the first prototype was complete, so it was fitted with a 750 hp (560 kW) M-25V engine when it made its maiden flight in August 1938. The first pro-totype failed factory testing due to numerous defects, but this did not stop production, with the aircraft entering production concurrently with ongoing testing and development. Early production I-153s powered by the M25 engine passed state testing during 1939, despite the loss of one aircraft which disintegrated in a 500 km/h (311 mph) dive. In test flights, the I-153 (M-25) achieved the top speed of 424 km/h (264 mph), service ceiling of 8,700 m (28,500 ft), and required 6 minutes 24 seconds to reach 5,000 m (16,404 ft). This perfor-mance was well in excess of that demonstrated by the I-15bis.

During 1939, production switched to a version powered by the originally planned M-62 en-gine, with an M-62 powered prototype undergoing state testing from 16 June 1939. While speed at sea level was virtually unchanged, the new engine improved performance at alti-tude. A speed of 443 km/h (275 mph) at 4,600 m (15,100 ft) was recorded, with a service ceiling of 9,800 m (32,100 ft). This performance was disappointing, and caused the aircraft to fail the state acceptance trials, although this did not disrupt production. While it was rec-ognised that the I-153’s performance was inadequate, the over-riding requirement was to not disrupt production until more advanced fighters could enter production.

While numerous improvements were proposed, many were too radical to be implemented since the aircraft was already in production. Desperate to improve performance, Polikarpov tested two I-153 with the Shvetsov M-63 engine with 820 kW (1,100 hp). However, the re-sults were disappointing and it was becoming painfully obvious that the biplane airframe was incapable of higher speeds.

One of the rarely mentioned characteristics of the I-153 was its poor performance in a spin. While the Polikarpov I-16 had gained notoriety for entering spins, pilots found it easy to re-cover from a spin. In contrast, while the I-153 was difficult to spin, once it lost control, recovery was difficult to the point where intentional spinning was forbidden for some time. A spin recovery procedure was eventually developed but, while effective, it required flawless timing and execution. 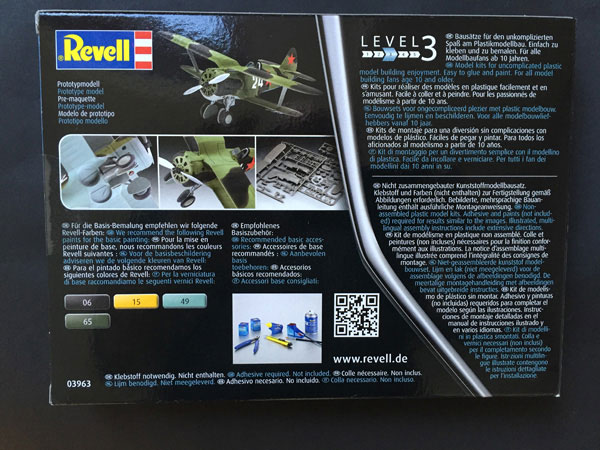 This isn’t a new Revell kit, being first released by ICM in 2014 but with new decals this time. It is pretty very well detailed, has interior details and some nicely detailed stores (bombs). Recessed panel lines are very restrained, crisp and the shape overall looks good.

This model is very well engineered and has a high quality feel to the plastic.

The grey sprues (including the clear one) look and feel good quality with parts clean and well-defined and the smaller details look good in this scale. 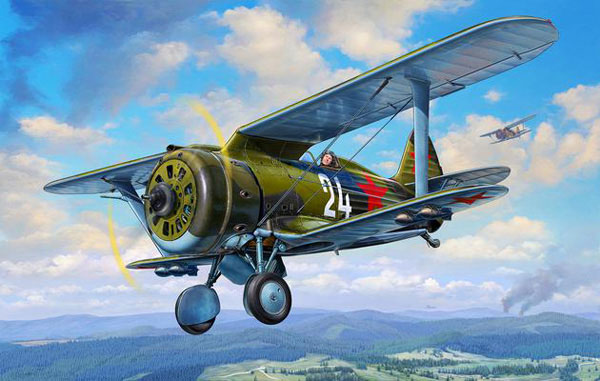 The Revell box artwork is usually impressive enough and that’s the case here – an image of a Polikarpov I-153 Chaika coming in to land – you get a nice feel for the type from the pic – I might just build this one… :)

The grey sprues are packaged well and no damage is apparent. Taking the main components first, they are well tooled, recessed panel line detail will suit most and it has a quality feel and is refined. No distortion on the main grey parts was apparent and a dry fit of the main fuselage promises a decent fit; the initial impression is one of detail parts that will go to make up a nice representative model in 1:72 scale.
The I-153 is a small aeroplane and the model is very small but it just looks so wee manufac-tured that it cries out to be built!

the simple cockpit is perfectly well detailed for the scale – seat, control stick, rudder pedals with a small decal sheet for the main panel.

This area of the model is well dealt with – a detailed face to the engine is great, although given the design of the I-153’s engine, little will be seen, but just enough to see through the vent holes in the front cowling. 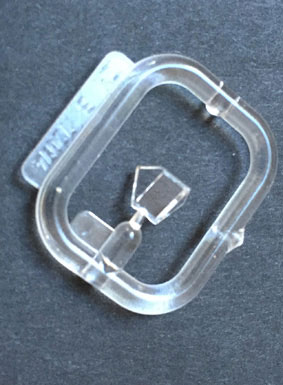 • fabric-effect on the control surfaces looks restrained and fine for the scale
• undercarriage units and wheel hubs look good and ideal for the scale
• bombs and stores are very good – take a look at the pics and remember, this is 1:72 scale.

The clear windscreen is clear and defect-free, it is tiny and so be careful not to lose it! Nicely packaged though in its own poly bag.

The Revell instructions look rather different this time – colour and better layout. Location of parts is clear but colour paint coding is for Revell paints only. You’ll have to match your own choice of paints if you go elsewhere for your choice of colour. The build sequence is pretty standard and logical but many modellers will part company with the stated order to suit their experience. 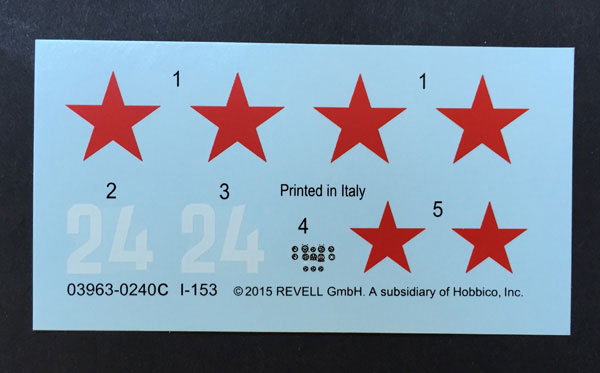 This is a great subject and it’s great that it’s back and readily available at the time of writing. This model will provide all military fans, especially those with interest in a Russian WWII theme or if you are just looking for something ‘different’ to build, an opportunity to expand your collection.

The model itself looks to be very well engineered from the dry/test-fit. Moulding is excellent and the recessed panel detail just fine in my opinion.
Geoff C.