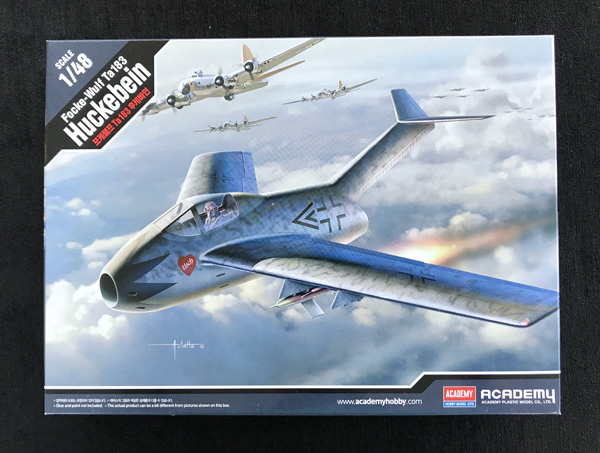 OK, first off this isn’t a new-tool kit, being first released back in the early 2000s and I remember building it for TMMI later when Tamiya released the kit under their boxing.

So, what do you get?

Take a look at my HD video to find out!

Overall then, here’s my summary Star rating out of 5

The Focke-Wulf Ta 183 Huckebein was a design for a jet-powered fighter aircraft intended as the successor to the Messerschmitt Me 262 and other day fighters in Luftwaffe service during World War II. It was developed only to the extent of wind tunnel models when the war ended, but the basic design was further developed post-war in Argentinaas the FMA IAe 33 Pulqui II. The name Huckebein is a reference to a trouble-making raven (Hans Huckebein der Unglücksrabe) from an illustrated story in 1867 by Wilhelm Busch. (Source: Wikipedia)