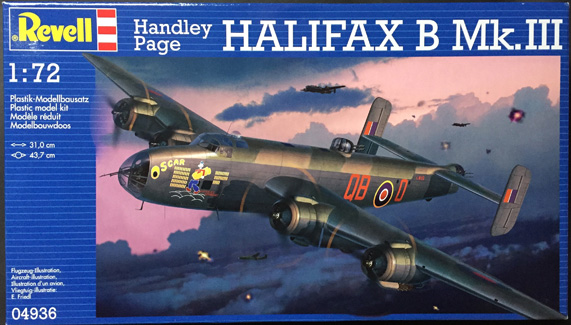 The Handley Page Halifax was a four-engined heavy bomber model operated by the British Royal Air Force during World War II. The Halifax remained in service until the end of the war, performing a variety of duties in addition to bombing. It was a contemporary of the Avro Lancaster. The Halifax was also operated by the Royal Canadian Air Force, Royal Aus-tralian Air Force, Free French Air Force, and Polish forces, and after World War II by the Royal Egyptian Air Force, the French Armée de l’Air, and the Royal Pakistan Air Force.
Halifax B.Mk.III…
Main production variant, fitted with Bristol Hercules engines. B.III bombers were fitted with transparent nose dome with single machine gun, Boulton Paul dorsal turret with four guns and tail turret with four guns. All but first few had longer wing with rounded wingtips that increased wingspan to 104 ft 2 in (31.75 m).

This is the second release of the relatively new Revell kit, being first released a couple of years ago and you may remember that I reviewed the Merlin-engined version at that time – you can see that review in Here Now.

The full build is in the Revell pages of Finished Now as usual.

Here’s a pic to show you how that one turned out – I really liked the build – parts-fit was ex-ceptional. Sure there were a few mods and corrections to make but just modelling and it didn’t really detract at all for me – rather provided an opportunity to do some real modelling :) 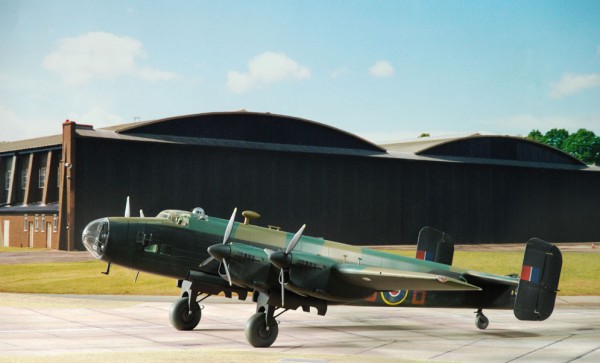 There are some good images of Revell’s completed model on their Revell website.

The grey sprues (including the clear one) look and feel good quality with all parts clean and well-defined.

The Revell box artwork is usually impressive enough and that’s the case here – an image of a Halifax B.Mk.III on a night time raid over enemy territory.

The grey sprues are packaged well and no damage is apparent. Taking the main components first, they are well tooled, recessed panel line detail has a quality feel and is refined. No dis-tortion on the main grey parts was apparent and a dry fit of the main fuselage continues to show a decent fit, just like the first release I built when it first came out; again, referring to the manufacturer’s completed model, this one looks good too and should make up into a nice representative model of the B.Mk.III in 1:72 scale.

Raised detail on the cockpit panels is provided. The other internal details are well detailed too but you need to add the prominent throttle that attach to the centre console. Not a great deal is visible and by adding the seat belts and those levers, little else is needed in my view.

This area of the model is well dealt with and offers the main change from the earlier release that had Merlin engines. Four Hercules engines are supplied this time and detailed faces to the engine cylinders adds interest and authenticity.

New longer hedgehog exhaust pipes are supplied and these look fine in this scale as is. 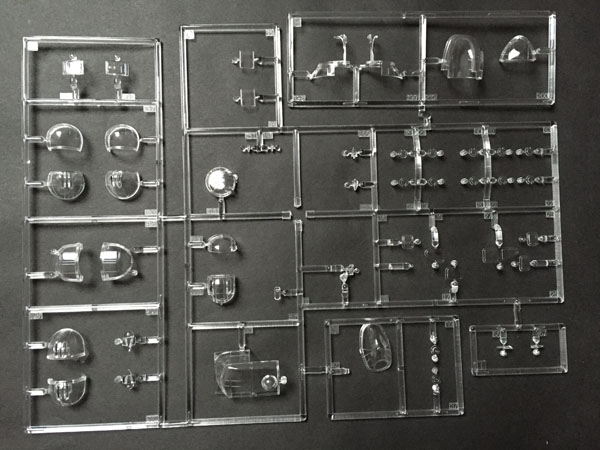 The clear parts look clear and defect-free. This is one of the best parts of the model – from my earlier build the fit of all clear parts is flawless, so let’s hope that’s the same again this time. 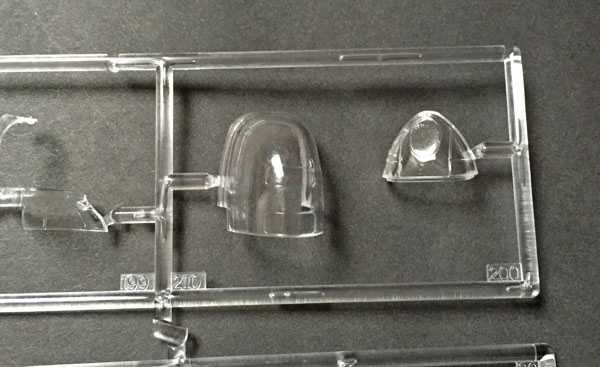 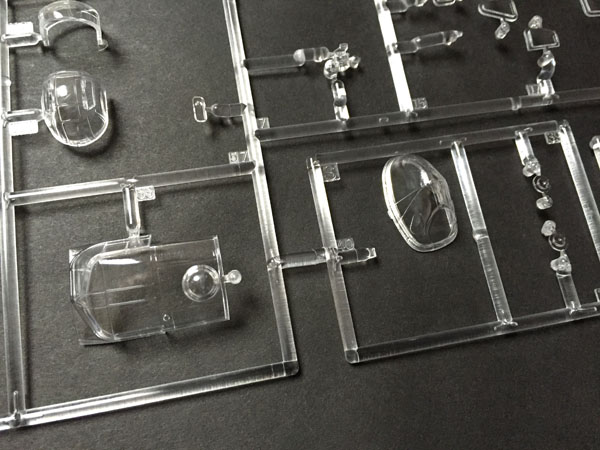 The Revell instructions are in the usual exploded-diagram format. You’ll have to match your own choice of paints if you go elsewhere for your choice of colour. The build sequence is pretty standard and logical but many modellers will part company with the stated order to suit their experience. 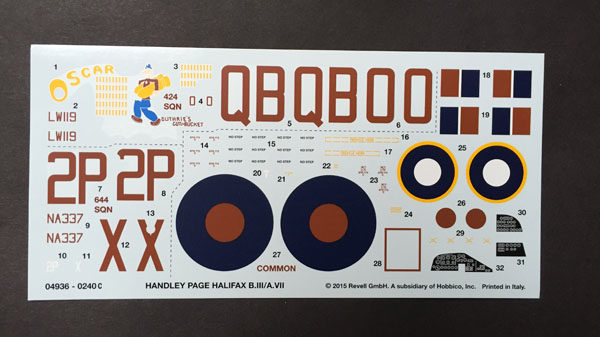 Options for two aircraft are included:

/ul>
Looking at the manufacturer’s completed model, the decals will look good when carefully applied.

This is a great subject and it’s great to have another Halifax readily available at the time of writing. This model will provide all military fans, especially those with interest in an RAF, RCAF or aircraft / WWII theme or if you are just looking for another ‘heavy’ to build and add to your collection.

The model is well engineered. Moulding is good and the recessed panel detail very good. There is the issue of inaccurate bomb bay door arrangement and of course this isn’t a prob-lem at all if you choose to close the doors on your model.
Geoff C.