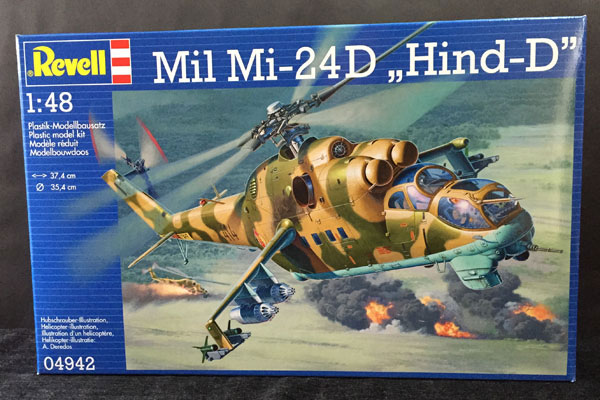 The Mil Mi-24 (Миль Ми-24, NATO reporting name: Hind) is a large helicopter gunship and attack helicopter and low-capacity troop transport with room for eight passengers. It is produced by Mil Moscow Helicopter Plant and operated since 1972 by the Soviet Air Force, its successors, and more than 30 other nations.

In NATO circles, the export versions, Mi-25 and Mi-35, are denoted with a letter suffix as “Hind D” and “Hind E” respectively. Soviet pilots called the Mi-24 the “flying tank”, or летающий танк (letayushchiy tank). More common unofficial nicknames were “Crocodile” (Крокодил or Krokodil) due to the helicopter’s camouflage scheme and “Glass” (Стакан or Stakan) because of the flat glass plates which surround the cockpit of the Mi-24.

This isn’t a new Revell kit, being first released in 1986 (date-stamped on the inside of one fuselage half) but with new decals. It is well detailed, especially on the interior cockpit, raised panel lines and has an accurate shape.
The grey sprues (including the clear one) look and feel good quality with most parts clean and well-defined but some of the smaller detail like the lap belts on the seats look a little soft and not so well-defined. Here are a few of the manufacturer’s made up model to give you a good idea of what this model can look like – certainly looks like a Hind to me! 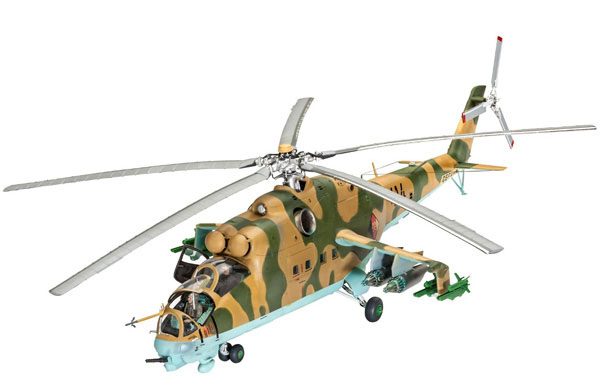 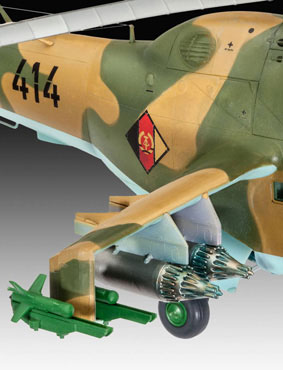 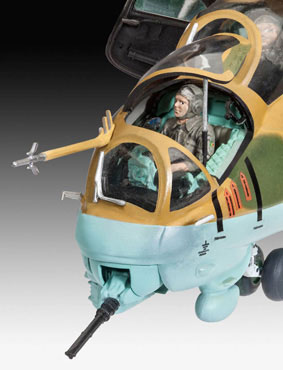 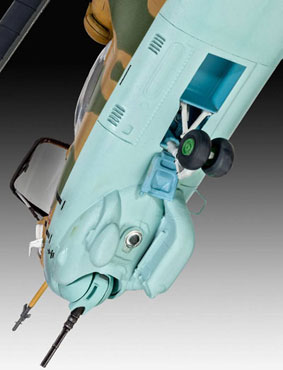 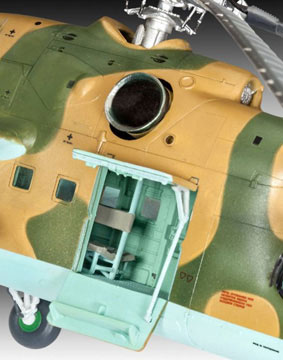