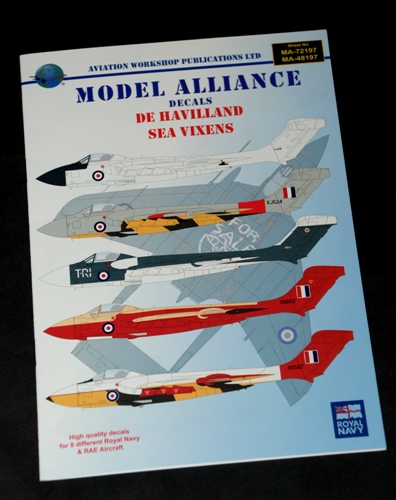 Our thanks to The Aviation Workshop Publications Ltd for supplying the review sample. Get this essential decal sheet here now at: www.theaviationworkshop.co.uk

At the time of writing – November 2010 the modelling world has just seen the release by Airfix of their 1:48 scale De Havilland Sea Vixen. See the here now and build now reviews, started within hours of its receipt to bring you what will be the first and most comprehensive in-depth build in the world.

Whilst I was waiting for the kit… I was able to obtain this excellent decal sheet from Model Alliance and what a great sheet of decals it is. Just look at the 8 subjects: 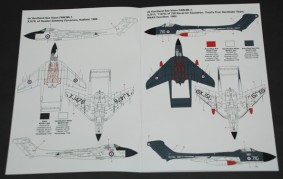 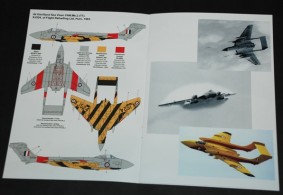 All the choices are interesting, varied and some like those from the Flight Refuelling company are highly bright and colourful. Your model will stand out if nothing else so this sheet will be great news for anyone that likes colourful models. Already I am planning my choice from these that will be incorporated into the Airfix kit build.

This is excellent across the whole sheet and this is mainly because these decals are made by Cartograf in Italy for Model Alliance. Colour and registration is spot on and having used these decals before several times I am sure that these will be equally as impressive. These decals are thin, yet strong and flexible and that’s just what we need as scale modellers.