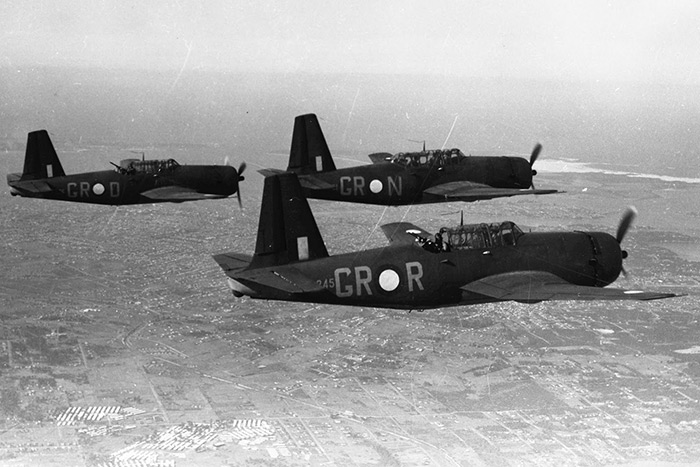 The Vultee Vengeance was an American dive bomber which appeared during the early years of the Second World War.

It was designed to dive vertically towards its target without any lift from the wings sending the aircraft off its intended course. This design feature meant that it flew with a nose-up attitude which gave the pilot a poor forward field of view.

The aircraft was originally designed around a French requirement and was intended from the outset for the export market. The Vultee Vengeance was not used as an operational dive bomber by the American Air Force though some examples were used as target tugs. The fall of France in 1940 meant that the original orders could not be fulfilled, and the completed aircraft were given to Britain as part of the lend-lease scheme.

Experience in the Battle of Britain had shown how vulnerable dive bombers such as the German Ju. 87 were to enemy fighters. The Vengeance was therefore not considered suitable for use by the R.A.F. in the European theatre. However, it was used with some success by both the R.A.F. in Burma and by the R.A.A.F. which needed large numbers of aircraft urgently following the outbreak of the war in the Pacific. 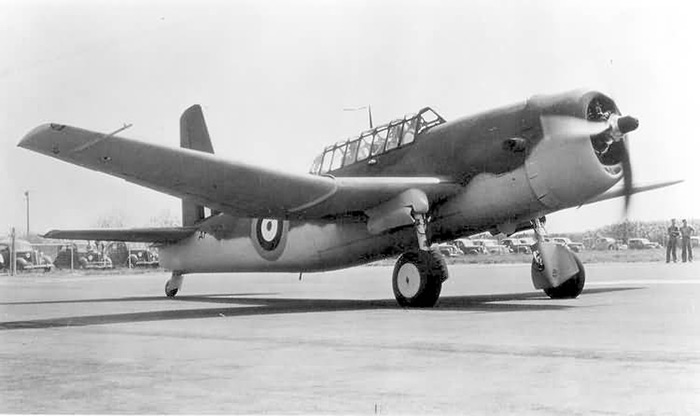 At the time of writing there is a more detailed account of the development and operational use of the Vultee Vengeance on Wikipedia: Vultee A-31 Vengeance – Wikipedia

The Vultee Vengeance has not been particularly well covered by kit manufacturers probably because it was not really one of the better-known front-line aircraft.

There have been kits of the aircraft from Frog and Special Hobby in 1:72nd scale and from AZ Models in 1:48th scale. At the time of writing the Special Hobby kit seems to be no longer available and the Frog kit is probably more of a collector’s item these days. According to a couple of articles I have seen in the internet the AZ Models kit apparently had issues around inaccurate basic shapes and poor fit of the main parts.

This means that the new kit from Dora Wings is very welcome.

For those not familiar with Dora Wings, it is a Ukrainian company that specialise in producing kits of some of the more esoteric aircraft such as the Republic Lancer and the Bloch 151 that are unlikely to be covered by the larger manufacturers. 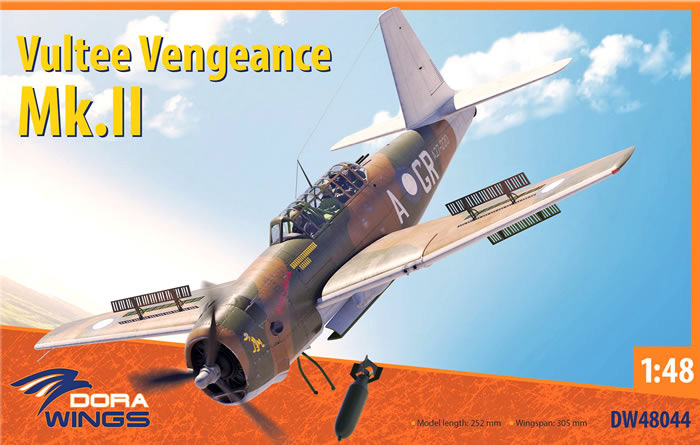 The Dora Wings kit is a multi-media offering with extensive use of photo-etched brass. It is therefore probably not a kit for the inexperienced modeller, but I don’t suppose that is the market at which it is aimed.

The main parts of the kit are in a grey / green plastic which should be very easy to work with.

The surface detail is good with finely recessed panel lines. There is no rivet detail which may please some modellers while others may wish to add it for themselves – provided they can find suitable three view drawings showing the arrangement of the rivet lines. 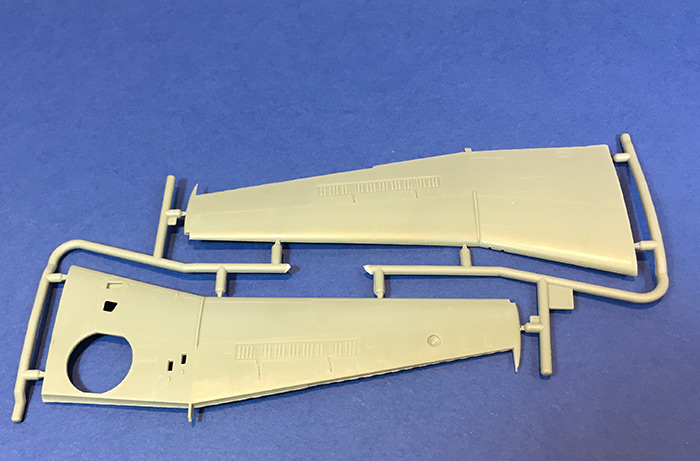 There is a little flash on the edges of some of the parts such as the wings, and this will need to be removed carefully if the parts are to fit together properly. This is nothing that a quick clean-up with a sanding stick won’t sort out. 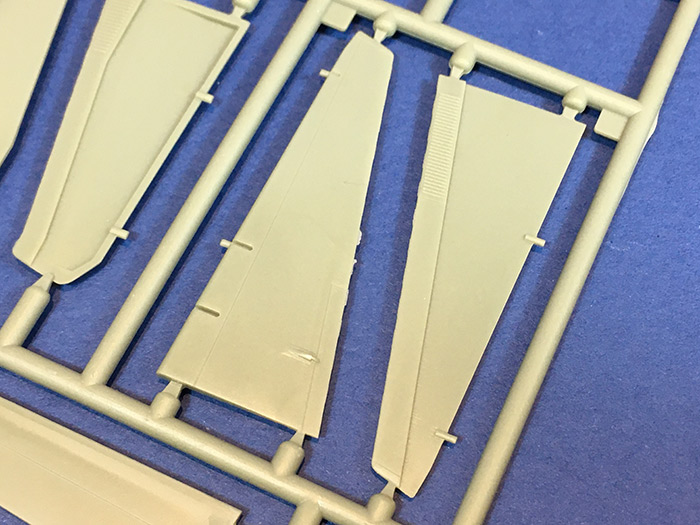 The kit has a ‘limited run’ appearance in that there are no location pins on any of the main parts leaving the modeller to align these carefully themselves. However, unlike some limited run kits with which you may be familiar, the sprue gates are small and the detail throughout looks very sharp. 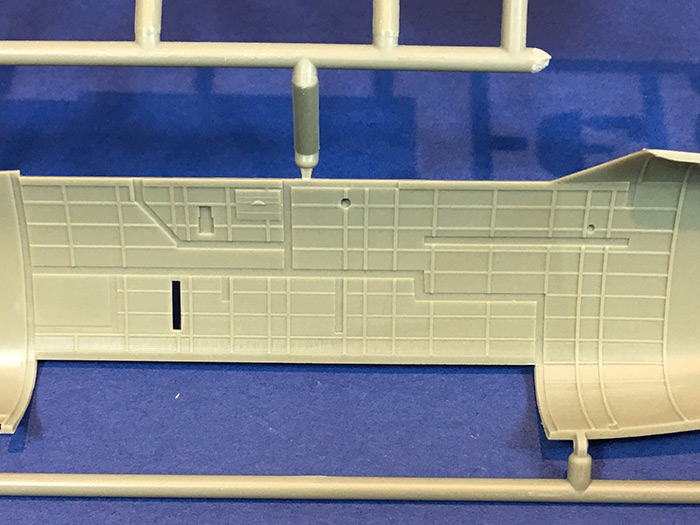 The tyres are made up from plastic parts rather than the dreaded vinyl which is good news as far as I am concerned. 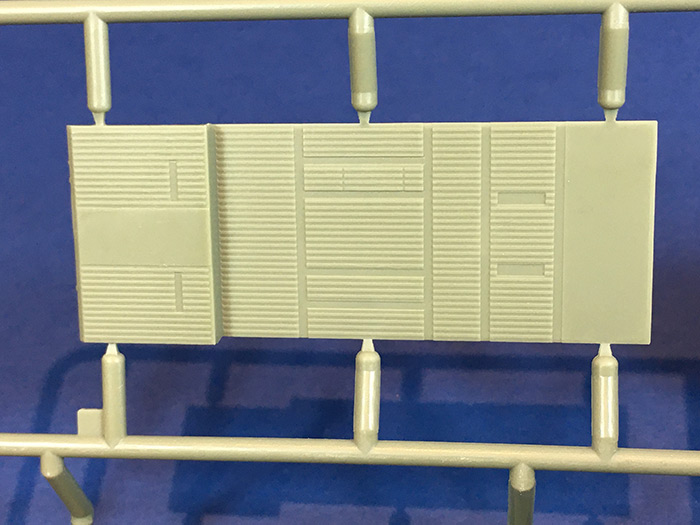 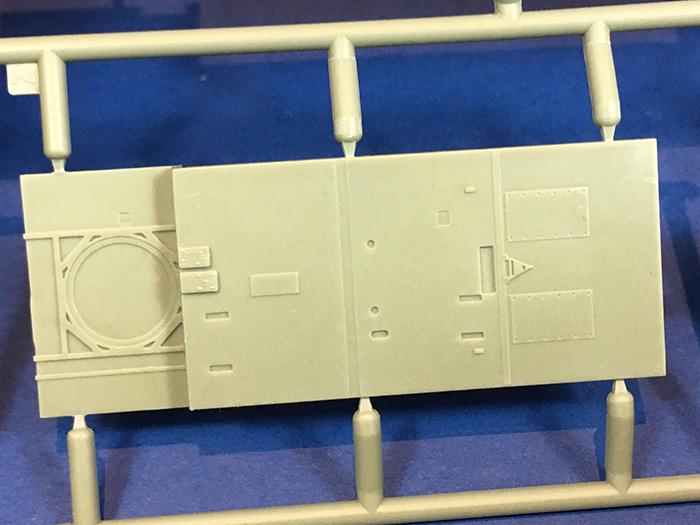 The bomb bay doors can be posed open or closed and two bombs along with their carriers are provided. There are raised rounded areas on the inside of the bomb bay doors which I assume are meant to represent lightening holes, but to be fair these are areas that are probably not going to be very visible on the finished model. 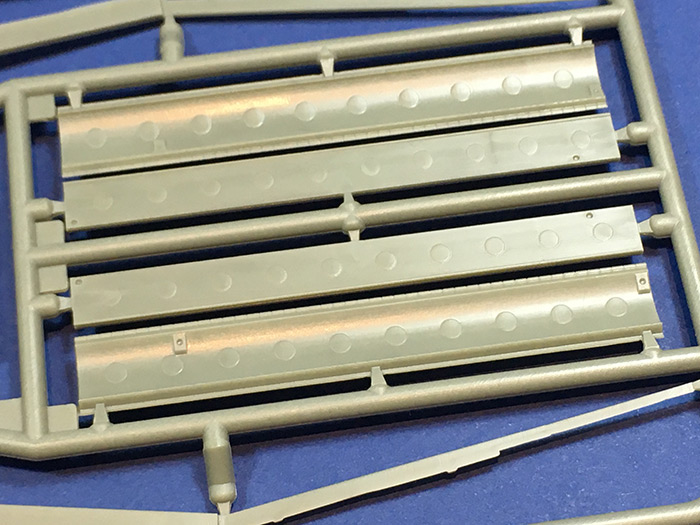 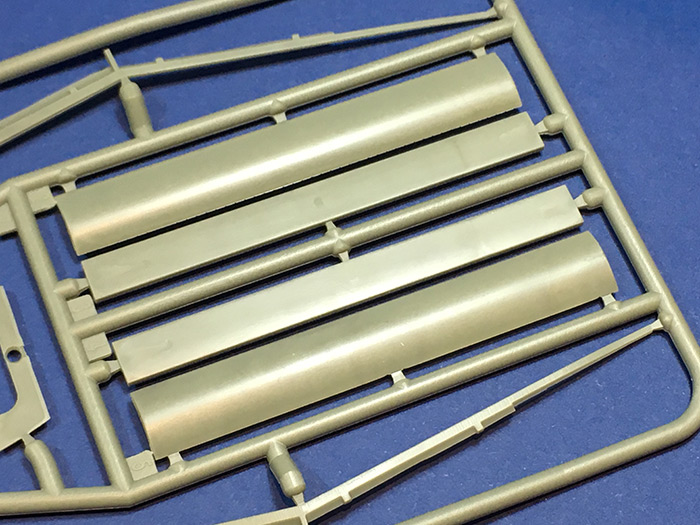 For those who wish to have the bomb bay doors closed Dora Wings has thoughtfully provided a single part avoiding the potential problem of trying to align the four separate doors – a really good idea in my view. 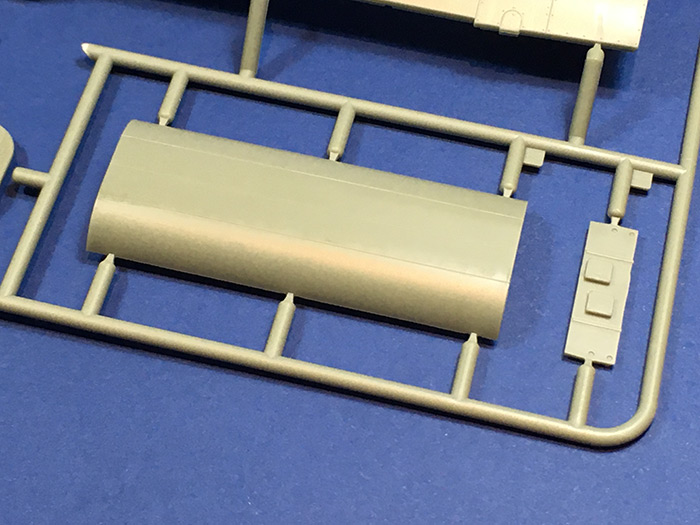