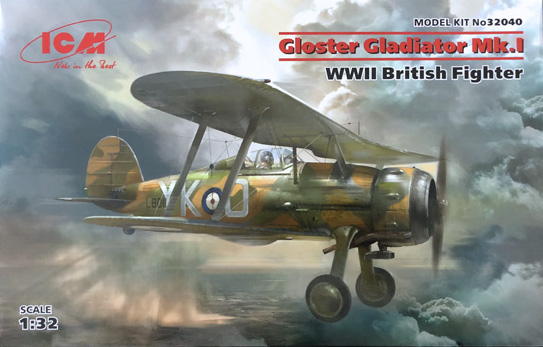 When I saw that this kit was being released I simply had to buy it for a build in SMN! Well, you would, wouldn’t you?

Let’s take a look inside…

The good news is that we’ll be bringing you multiple builds of this kit in the coming months and years and one is nearly complete, so watch this space for that full build :) 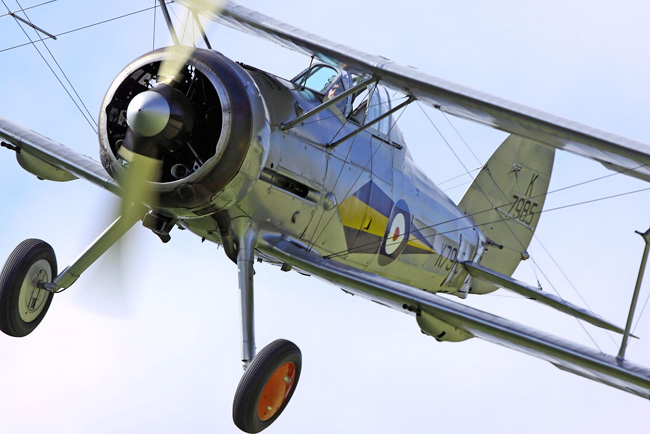 As usual, you can find the project while it’s being built in Aircraft-Build Now and, when complete, the whole full article can be found in the ICM pages in Aircraft-Finished Now.

Here’s a little bit about the Gloster Gladiator

The Gloster Gladiator (or Gloster SS.37) was a British-built biplane fighter. It was used by the Royal Air Force (RAF) and the Fleet Air Arm (FAA) (as the Sea Gladiator variant) and was exported to a number of other air forces during the late 1930s. It was the RAF’s last biplane fighter aircraft and was rendered obsolete by newer monoplane designs even as it was being introduced. Though often pitted against more formidable foes during the early days of the Second World War, it acquitted itself reasonably well in combat.

The Gladiator saw action in almost all theatres during the Second World War, with a large number of air forces, some of them on the Axis side. The RAF used it in France, Norway, Greece, the defence of Malta, the Middle East, and the brief Anglo-Iraqi War (during which the Royal Iraqi Air Force was similarly equipped). Other countries deploying the Gladiator included China against Japan, beginning in 1938; Finland (along with Swedish volunteers) against the Soviet Union in the Winter War and the Continuation War; Sweden as a neutral non-combatant (although Swedish volunteers fought for Finland against USSR as stated above); and Norway, Belgium, and Greece resisting Axis invasion of their respective lands.

The South African pilot Marmaduke “Pat” Pattle was the top Gladiator ace with 15 victories with the type.