Revell persist with rather flimsy boxes that are doubtless cheap to produce but not so good in protecting the contents. Having said that, the artwork is usually very good and so it is here and the box contents undamaged. Let’s go inside…

The all white sprues are packaged well and no damage is apparent, although I hate white plastic, it’s harder to work with (join lines are harder to see as are imperfections and any repair work) than grey but that is a personal view. Taking the main components first, they are very well tooled with a soft texture that should look good under paint. No distortion was apparent and a dry fit of the fuselage promises a decent fit. In fact the main cabin is split into several pieces so I hope that it does all go together well, but from the dry-fit there’s no reason to think the fit is anything other than reasonable.

Rivet detail – where is it? 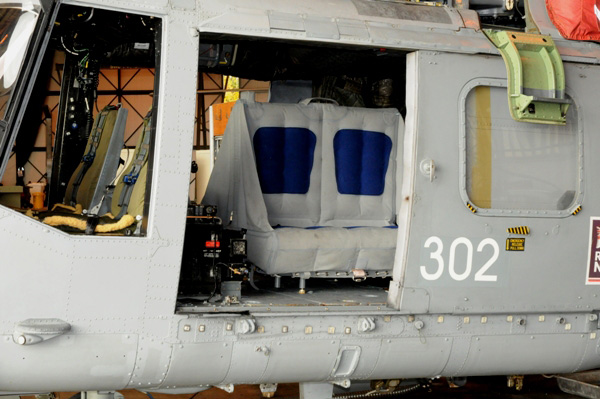 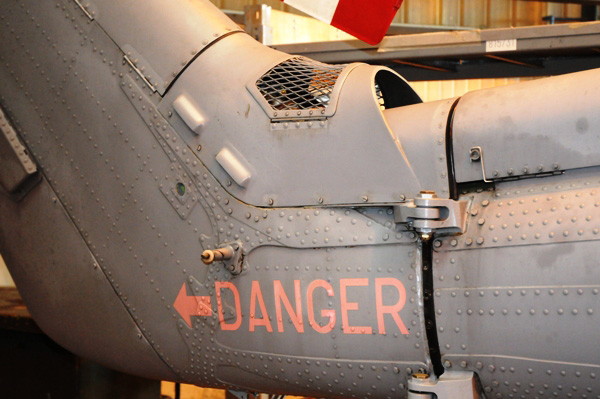 The one immediate concern when looking at the tail boom, fin and fuselage generally is the lack of any surface rivets detailing. One thing that distinguishes the Lynx is the huge number of dome-shaped rivets all over the airframe but they aren’t included and that’s a real shame. This may not worry you at all and that’s just fine, but it would be remiss of me to fail to mention it here. Remember Airfix did manage this very well in 1:48 scale of their new Lynx release not so long ago. However, there are lots of positive aspects to this kit so let’s get into them!

When you start to examine the sprues that contain all the smaller parts you start to get an idea that this release is very impressive. The cockpit looks very detailed with full internal framing, seats and instrument panels as well as consoles. The latter doesn’t have dial detail moulded in (a bit strange in this scale) but Revell provides coloured decals for the panel dials that should look good when seated next to the raised part detail.

The rear cabin interior is seriously detailed with fabric quilting and engine rotor gear detail in the roof. Added to that are some great electronic gadgets and equipment that will make this area stand out if you leave the doors open.

Interestingly, the rear cabin interior is assembled a bit like the Airfix approach with detailed side walls and roof that close in ‘clamshell’ style, so if it fits well this system should work well.

The final interior item to comment on is the great MG that sits in the open doorway, complete with ammo belt/feed. The gun itself is ok but with some work and weathering should look good.

Mk.46 anti-ship/submarine torpedoes and Sea Skua anti-ship missiles are included and these look well shaped and detailed. Their launch rails/assembly will look and add quite a bit of interest to your finished model.

Separately bagged, the clear parts are exceptionately clear and well moulded and if anything like their Halifax model should fit perfectly – let’s hope so!

The Revell instructions follow their usual exploded stages format and hint at the great level of modelling to be had by the 97-Stage assembly sequence! Location of parts is clear but colour paint coding is for Revell paints only. However, the colour names are provided and this will help you to match your own choice of paints. Directions seem to be clear and although this is quite a detailed kit in terms of parts count, the build seems logical.

The decals seem very good quality but I can hear the cries from afar already lamenting the fact that you only get German Navy markings and one of those is a ‘Special’ that is very impressive but going to be complex to apply. Good direction is given on the decal sheet as well as the instructions for this scheme. If you go for the plain alternative you’ll have a grey/white helicopter, certainly a bit plain. It doesn’t seem unreasonable that a couple of other air arm Lynx could have featured on the sheet, indeed maybe a Danish aircraft? Certainly colour saturation and register is good and all markings are accurate and sharp in their detail; the carrier film also looking minimal and that’s great.

It may appear from reading my review that I’m a little disappointed with this release – not so… for your money you get a great looking model that’s extremely well detailed and it won’t break your bank. At around £20.00 GBP you can barely get a 1:48 Tamiya WWII fighter for this kind of money, yet Revell offer you a big box full of modelling fun and enjoyment to create an impressive model of the Westland Lynx for about the same outlay. Sure the icing on the cake would have been those rivets moulded in and a couple of extra decal options, but apart from that you can’t criticise what’s been provided. We will obviously build this new model in the near future and you’ll be able to clearly see how it all goes together, so keep a good look out in What’s New and Build Now for that!

It appears that Revell have included an extra sprue for the Royal navy HMA. 8 version which hints at future releases. A HAS. 3 is due out in early 2013 however whether it will have this sprue remains to be seen.

Anyway, back to this box and the mystery sprue. Having looked at it closely, I think a HMA. 8 can be built. The first thing that you’ll notice is a separate tail, the Royal Navy aircraft have a folding tail for stowage aboard Type 42 destroyers (the hangers are big enough on the T-22 and T-23 frigates not to fold) but the tail boom and fold mechanism will have to be scratch built. This should be a straight forward job however, especially if armed with the SMN bench book buddy.

The nose is an obvious inclusion but there is also the PID (Passive Identification Device IR camera) there. Les obvious but just as necessary are all the lumps and bumps for the RHWR, Orange crop ESM gear and the IR jammer. The IR SAM launch detectors are also there but I couldn’t find the chaff dispensers, hopefully we’ll see some brass for those at some stage.

A neat inclusion is the rescue hoist, this is not always fitted as the Lynx is not designed primarily as a SAR machine but it is generally fitted just in case, it’s also how we insert troops by fast roping. This bit is finely detailed and well moulded and I’ll be using it for sure.

There are other black boxes which are for the front of the rear cabin, these are not always fitted and seeing there are no instructions references will be vital.

This extra sprue is very welcome but you’ll need some scratch building skills, good references and some custom markings to get the best out of it. Other than that just wait for the proper kit to be released!